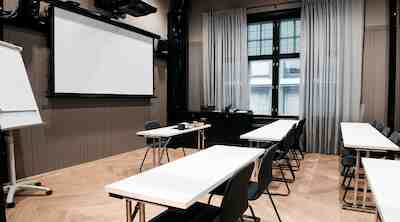 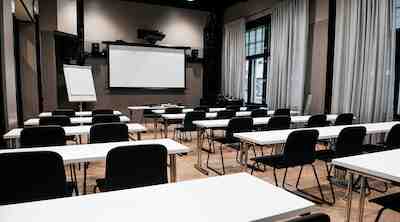 The well-lit windowed meeting facility Ulrika is an excellent choice for meetings and teamwork.