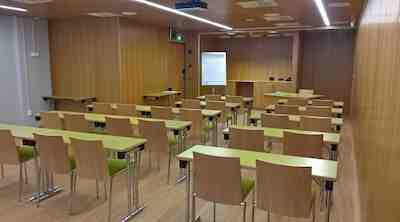 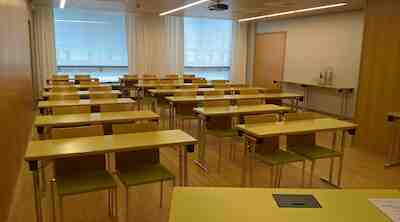 By combining Topelius with the adjoining facilities up to 200 guests can participate in the meeting.

The meeting facility Topelius has been named after Pirkko-Liisa Topelius. She was the architect of the building project of Sokos Hotel Puijonsarvi's so called additional wing which was completed in 2008. Galleria Pirkko-Liisa Topelius is an art gallery founded in 1988 located in Helsinki. Known for its versatile art the gallery that previously was located on Uudenmaankatu and Ullanlinnankatu has found its current home on Hietalahdenranta. Pirkko-Liisa Topelius has on the side of her gallerist job also had a long career as interior designer, and the work of the gallery and Topelius' interior design office have walked tightly hand in hand.