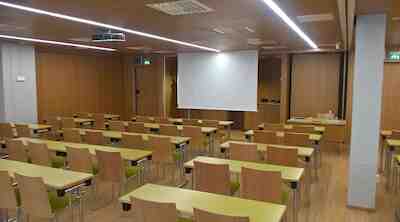 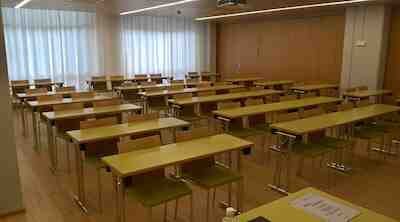 The well-lit meeting facility Snellman is located on street level in the new part of our hotel. Entrance Maaherrankatu 8.

By combining Snellman with the adjoining facilities up to 200 guests can participate in the meeting.

The facility is perfect also for organizing various parties.

The meeting facility Snellman has been named after J.V. Snellman. Johan (Juhana) Vilhelm Snellman (12.5.1806 Stockholm, Sweden – 4.7.1881 Kirkkonummi, the grand duchy of Finland) was a Finnish philosopher, author, journalist and statesman, one of the most influential Fennomans in the 19th century Finland. He remarkably influenced the status of the Finnish language and the commissioning of the Finnish mark. He is considered Finland's national philosophers and one of the most important national awakeners.