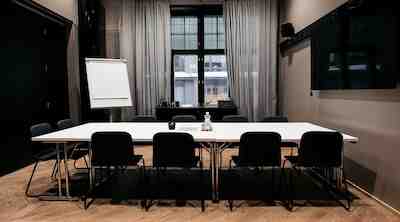 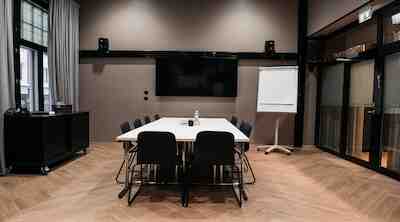 Minna is a well-lit windowed meeting facility that is also well-suited for teamwork.