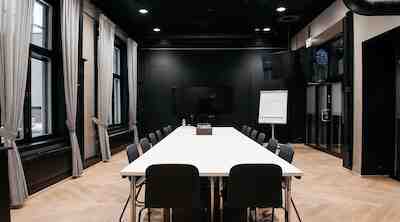 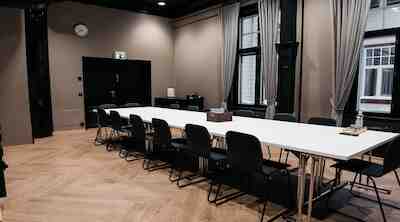 The meeting facility Eino has a 75 inch screen, a flip chart and performance sound system. The well-lit windowed facility is an excellent choice for meetings and teamwork.

It's possible to combine Eino with the event facility Puikkari.

Leino lived in the USA during his active career. In 1920 he won America's amateur sports league's championship in catch wrestling and in 1924 in free style wrestling. The only time he participated in the Finnish Championship series was in 1936 when got silver. Before his years in America he was the goalkeeper in Kuopio's Riento football team in 1912-1914. His hobby was also diving in Kuopio's Swimclub.

Perhaps even more famous is his namesake, the Finnish poet Eino Leino who liked spending time back then in Seurahuone (now Puikkari) enjoying theatre art while sipping on refreshing drinks from Lignell & Piispanen together with Juhani Aho.