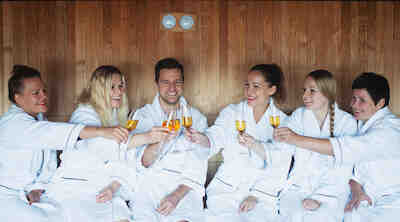 Solo Sokos Hotel Paviljonki in Jyväskylä has won the award for Best European Luxury Modern Hotel in one of the world's most esteemed hotel awards. The World Luxury Hotel Awards 2019 was held on Saturday, 2nd October, in Rovaniemi. This was the first time that the stars of the hotel industry gathered in Northern Europe for the award weekend.

Since 2006, the World Luxury Hotel Awards has been highly esteemed in the hotel industry and its awards are tokens of crowning achievements in the demanding field of luxury hotels. Hotels are evaluated in different categories by country, by continent, and globally. The nominated luxury hotels are exceptional in both their premises and level of service, and they know how to treat customers as individuals.

The hotel won the award for the Best Luxury Modern Hotel in Europe. The award was accepted by the hotel manager of Solo Sokos Hotel Paviljonki, Linda Rastela, in Rovaniemi, which was the first Northern European city to host the World Luxury Hotel Awards gala.

"We are extremely proud to receive an award for the best modern luxury hotel in Europe. It was truly an inspiring experience to participate in the competition and to travel to represent our hotel and brilliant staff in this grand event. The gala showed the true value of our achievement; the nominees are all major international figures in the hotel industry, from large metropolises to very exotic resorts. We are competing among the toughest professionals," says Linda Rastela.

"The atmosphere in the gala was very warm and happy. All of the 300 participants from 90 different countries share a genuine desire to serve our customers as individuals, with great passion and to exceed ourselves each day," she continues.

The staff takes ‘good' to ‘luxury'

Every year, the World Luxury Hotels Awards ceremony includes more than a thousand nominees selected on the basis of nominations made by customers. Customers also get to vote for the winners. In addition to the votes, the final result depends on an international panel of judges, who are all professionals in the tourism industry.

"An elegant setting only takes you so far. First and foremost, it is our staff, and the unique service culture they have created, who are behind our award success. Our top professionals put their hearts in their work, helping, encouraging and inspiring one another. Luxurious customer experiences worthy of recognition come from the sense of community, individual encounters, authenticity, presence, and from ensuring our guests' comfort in all situations, 24/7," underlines Linda Rastela.

Solo Sokos Hotel Paviljonki, the hotel with the best customer satisfaction in the Sokos Hotel chain that was chosen as the best brand in the hotel and service industry in the Brand valuation 2019 study, has received awards in the World Luxury Hotel Awards before, as well.

"Our customers have rejoiced with us over these awards. The recognition motivates our team and encourages us to think about what more can we do for our customers".