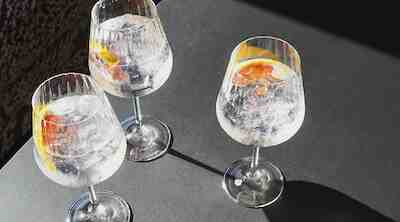 Drinks above the city

The best cocktail bar in Helsinki welcomes you.

Drinks added to the 10th Floor drink menu are classics, just like the restaurant's dishes. The fresh and fruity gin drinks are a nod to the Long Drink launched in 1952, the year of the Summer Olympics in Finland.

The drink became a favourite of Finns around the same time as Hotel Vaakuna was opened. The gin selection also celebrates the international success of Finnish gin. Because of this, the gin of Kyrö Distillery and the Helsinki Gin of the local Helsinki Distilling Company have been chosen for the drinks.